Where do Epsom Salts come from?

Magnesium sulfate is an inorganic salt (chemical compound) containing magnesium, sulfur, and oxygen. It is often encountered as the heptahydrate sulfate mineral epsomite, more commonly referred to as Epsom salt.

But why are they called “Epsom” salts?

Epsom is a market town in Surrey, England about 13 miles (21 km) southwest of London.

The town also gives its name to Epsom salts, extracted from mineral waters there. The town’s market is built on the pond that existed in the Middle Ages.

According to Epsom and Ewell History Explorer, “tradition has it that the healing powers of the waters were discovered about 1618 when Henry Wicker was looking after animals on Epsom Common on a summer day during a water shortage.

He found a trickle of water in the hollow hoof print of a cow. He dug a small hole before taking the animals home for the night. Upon returning the next day he found the hole that he had made was full and running over with clear water.

But his cattle, however thirsty, would not drink from it because of its mineral taste. Wicker tried the water himself and was the first person in history to experience the effects of Epsom salts and he set about promoting the waters as a medicine.” 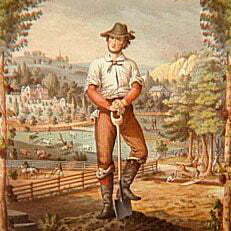 During the early 17th century spas became a place people would visit to bathe in and to drink for its healing properties. People flocked to places where such waters were readily available and inns and taverns were required to put up the visitors, while diversions and entertainments for the visitors usually developed as well.

One of the earliest of these places was Epsom especially in August when it was most popular.

Epsom salt (magnesium sulfate) was originally prepared by boiling down mineral waters which sprung at Epsom.

The Epsom well in original location.

Today magnesium sulfate can be found naturally in mines and limestone caves. So even though the waters from Epsom’s wells are limited, Epsom Salts will never be in short supply! 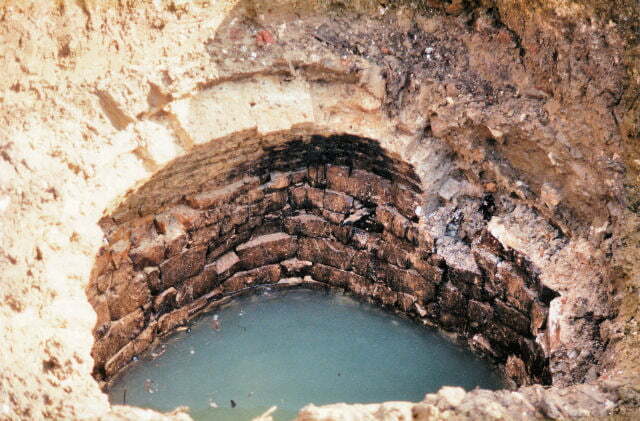 The well head is revealed during 1990’s construction work.

This is fortunate for all of us! Take a minute to check out the Original and Nature Epsom Salt fragrances offered by PharmaSpa!

Shopping cart
There are no products in the cart!
Continue shopping
0
Free shipping for orders over CA$ 160,00 before discounts